They Come At Night is a video game prototype created from scratch in 48 hours for the LudumDare 39 game jam using the Unity game engine, C# as the programming language and Photoshop to create the art assets. 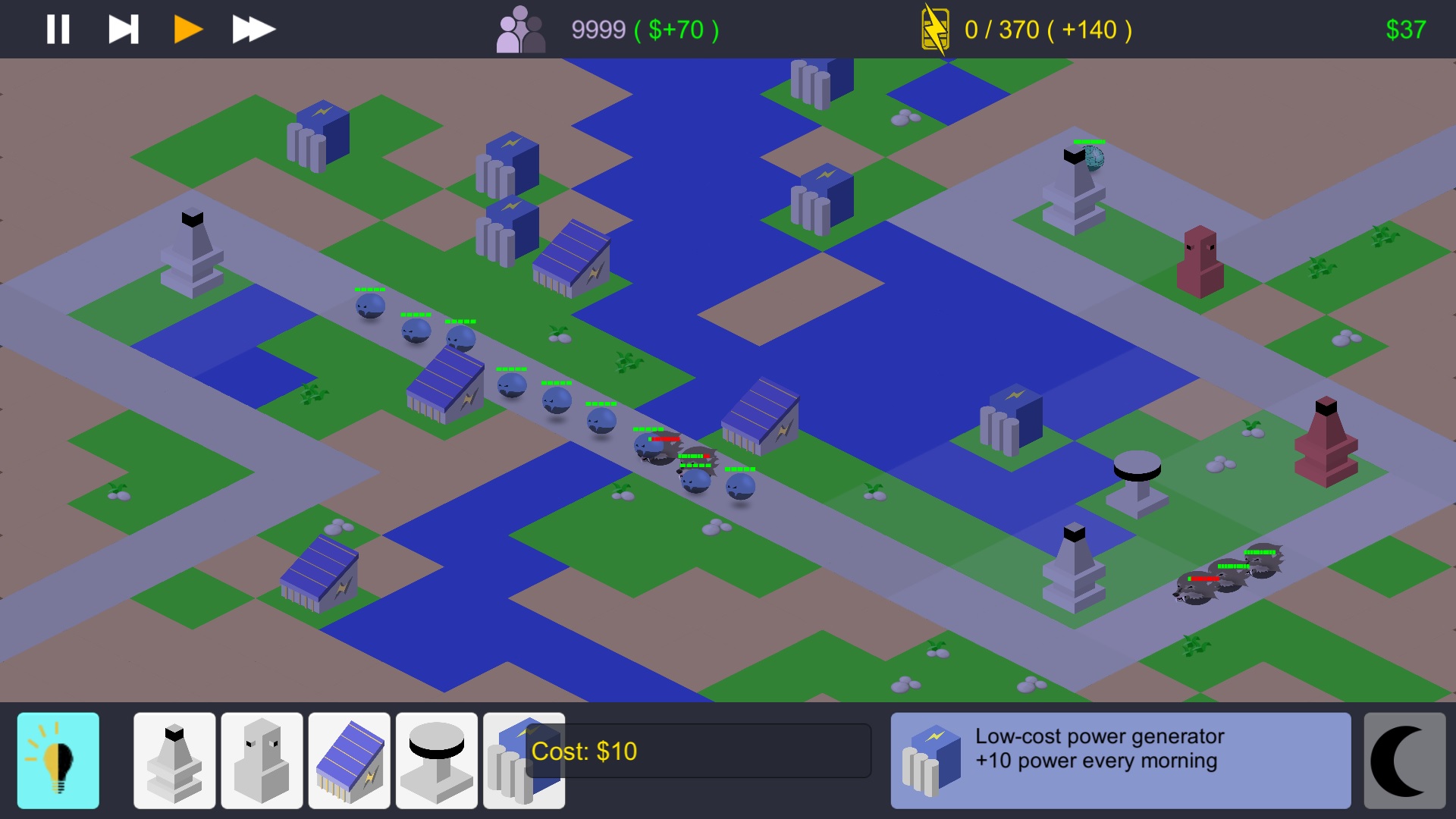 The theme for this LudumDare was “Running out of energy». I decided to create a tower-defence game where each shoot a tower makes costs energy and you have to build generators to replenish some of the lost power, thus forcing the player to manage the land between offensive buildings to take out the incoming enemies and power plants to maintain the energy level.

In the end, I think the idea had potential but due to the time constraints, the game is not balanced well enough and the game gives high rewards to the player (thus lowering the importance of managing well the land). 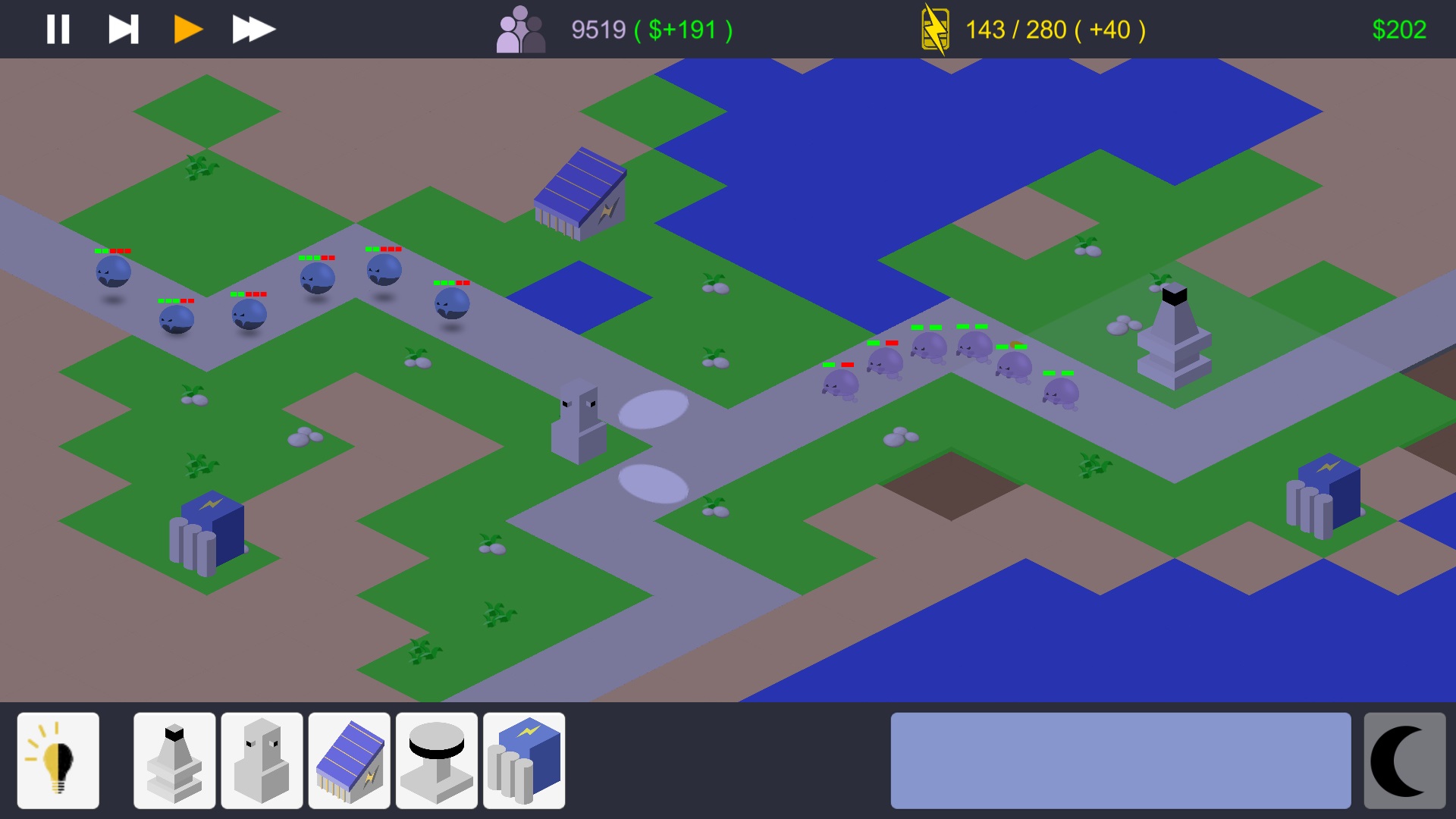